This includes the gameplay mechanics, setting, graphics, weapons, a slice of the story, and more. Here is everything we know about the Horizon Forbidden West here including the gameplay showcase. 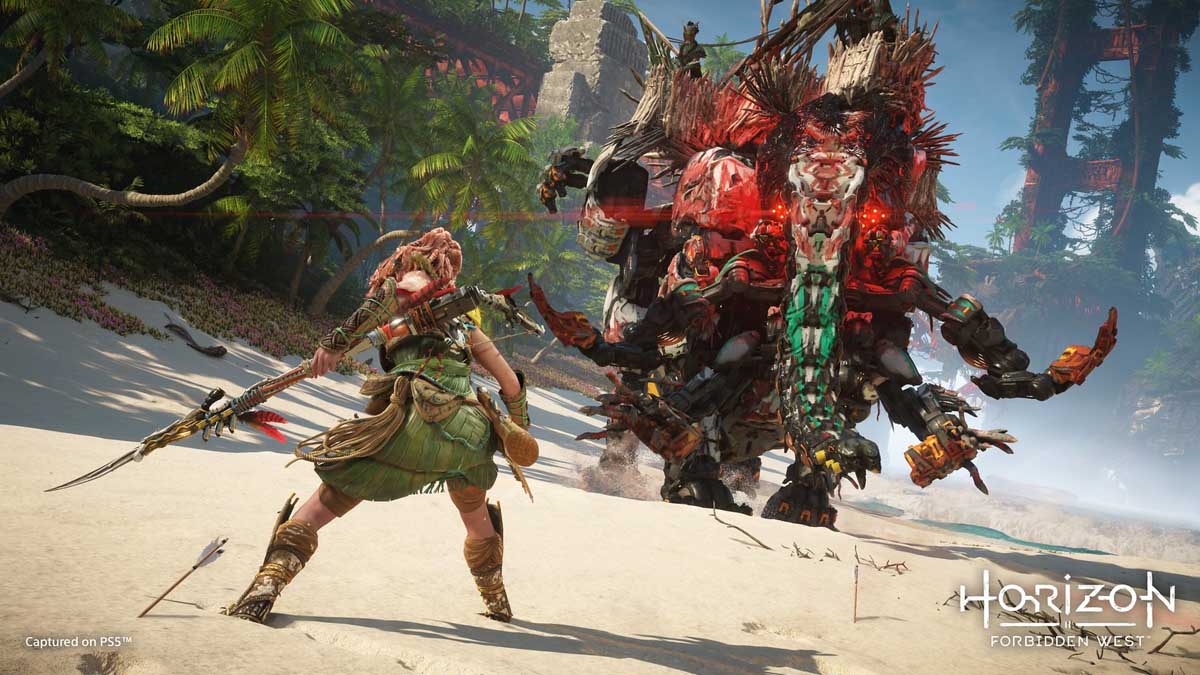 Sony PlayStation 5 game developer Guerrilla Games has just shared the game-play video for its upcoming title, Horizon Forbidden West. The developer shared the 14 minutes-long deep drive at its latest State of Play event showcasing several aspects. These include the gameplay mechanics, setting, graphics, a slice of the story, and more. Unsurprising to anyone, the game also showed off a glimpse of the power of the Sony PlayStation 5. The game director Mathijs de Jonge, and Ben McCaw, the Narrative Director shared the details around the title. Here is everything we know about the Horizon Forbidden West here including the gameplay showcase and graphics.

Horizon Forbidden West gameplay out with; here is all we know

Guerrilla Games revealed that the events in Horizon Forbidden West “continue six months after” the events in the first game. Aloy, the protagonist of the first game traveled to the west to check on “a mysterious and deadly blight”. We saw the graphics improvements that the game developer made regarding the new title including the game-play advancements. During the investigation, she meets “strange new tribes” along with deadlier machines. This will lead her to make new companions along with old friends from the first game.

The gameplay footage showed off Aloy fighting the Tenakth tribe, a rebel tribe to rescue her friend Erend. This tribe has managed to process “the power to override machines”. Taking a closer look at the video, the game developer has added new tools to help the player in the game. These include The Pullcaster, Shieldwing, and the Diving Mask while playing the game. Horizon Forbidden West also features improvements to her Focus that will allow her to “override more machines” and free climb.

Besides the usual improvements, the developer also stated that the upcoming game will concentrate on player choice and tactics. The players will also get the choice to choose among a multitude of weapons including the Speak, Bows with new ammo types, adhesive grenades, and more. Some of the enemies in the game will include Sunwings, Clawstriders, Tremortusks, Snapmaws, and Burrowers. Finally, Guerrilla Games also revealed that the game development “is on track” and it will share more information “very soon”. This means that we still don’t have a proper launch date for the title.